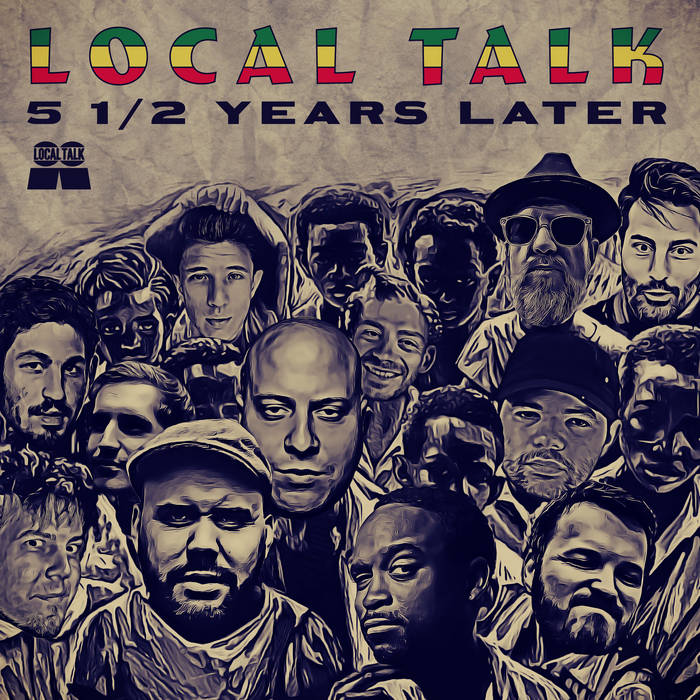 It really feels like we (aka Mad Mats & Tooli) been around way longer than 5 ½ years with Local Talk but its really true what they say, time flies when you’re having fun! From what started as a somewhat simple and almost primitive urge to create a small house imprint has now grown into a much bigger affair. We really tried hard to keep the label from getting stuck in any genre (remember 90s house?) and to always keep the Local Talk relevant, curious, diverse and with a healthy dose of underground mentality.

From our very first release with Bassfort’s excellent “Moon Shadow” in the summer of 2011 we had a crystal clear vision of what Local Talk should represent…house music in any way, shape or form! Over the years we released soulful, disco, jack, afro, vocal, deep, jazz, tech, latin, old school, acid, UK, Berlin, New Jersey, Detroit and of course Chicago inspired house music. If it made us bump…we put it out!

This brings us up to today and about +80 releases later. We thought about how we best could sum up these first 5 ½ years and immediately the image of Blaze classic album “25 Years Later” popped up. Besides the fact that its an amazing album cover it also a good representation when different musical genres fuse together. Its not strictly a house album but just as well a r&b, reggae and soul album. This fusion and variation of house sounds is something that we’ve tried to capture on our “5 ½ Years Later” compilation. You’ll find a dark bass-line driven house jam from Art Of Tones (check the mad sax!), a proper deep journey jam from NYCs DJ Spinna, a Blaze homage with that classic New Jersey sound from Sean McCabe, a bumpy world/jazz inspired cut straight outta Brescia from wonder kid Corrado Bucci, a high energy disco rub from Parisian S3A, a truly deep and soulful vocal jam from Boddhi Satva & Sly Johnson, a deep UK garage production from SMBD (aka Simbad), a dark and electronic affair from Toto Chiavetta (Yoruba) and finally a musical acid number with that magical Bristol touch from newcomer Marcel Lune. As a digital bonus you’ll also find a killer track from up and coming Paris producer Hugo LX…just a straight house cut but with the ever so important bump!

All in all we think we got most angles covered and hopefully this album will make you spread that chalk on the dance floor and get down…Local Talk style!

Bandcamp Daily  your guide to the world of Bandcamp

Trevor de Brauw of RLYR and Pelican stops by for a chat, plus a tribute to the late Trevor Strnad