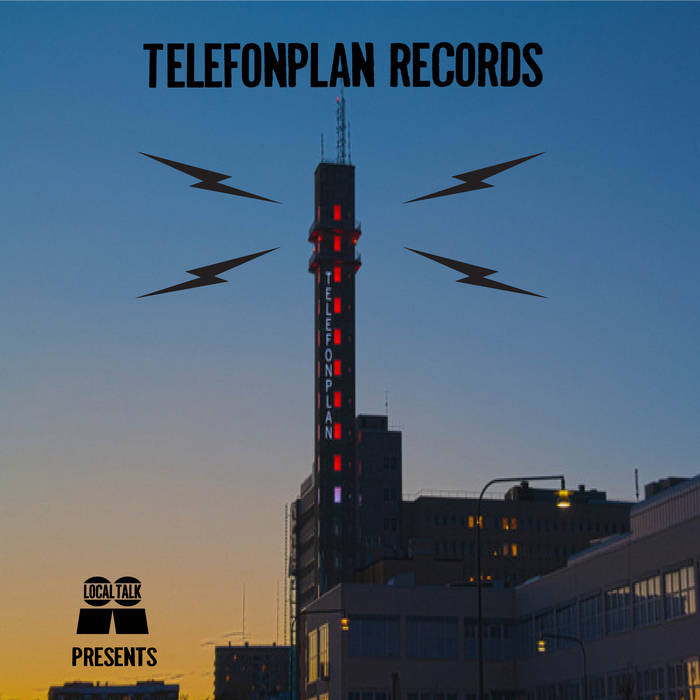 Way up in the north east corner of Europe there is an area just outside of Stockholm called Telefonplan. The area was established between 1935-1948 by Swedish phone company Ericsson but is now a hip area and home for various media and art schools. But its also the home for Mad Mats & Tooli’s famous house label, Local Talk. Situated on the 10th floor they daily look out towards the notorious Telefonplan tower and it was actually this tower that sparked the idea to start Telefonplan Records. Where Local Talk goes down a more open minded house route Telefonplan is straight up electronic, darker and more techno(ish).

Until recently the identity of who was running the label was kept a secret and underground. With release #6 from Red Rack’em Mats & Tooli decided to go public. Up until then the official story was that the label was run by a German couple from Leipzig that visited Stockholm and fell in love with the Telefonplan area. The scheme went so far that guys put up a fake address that actually went to a zoo in Leipzig, printed t-shirts with a Telefonplan logo and a Leipzig sub text and of course answered all demo requests in (bad) German. Even the artists on the label was told not to reveal the true identity of the label owner(s).

Telefonplan Records have to date released 8 releases from various European producers and its now time to put everything together in a label compilation. On the album you’ll find everything from techno, Detroit house, quirky tech-house, acid and even electronic hip hop beats. Telefonplan already got support from the likes of Stacey Pullen, Joel Mull, Steve Bug, Breech, Addison Groove, Jesse Rose, Richie Hawtin, Made Up Sound and The Revenge just to name a few.

If you wanna find out what all these guys liked so much…have a listen.